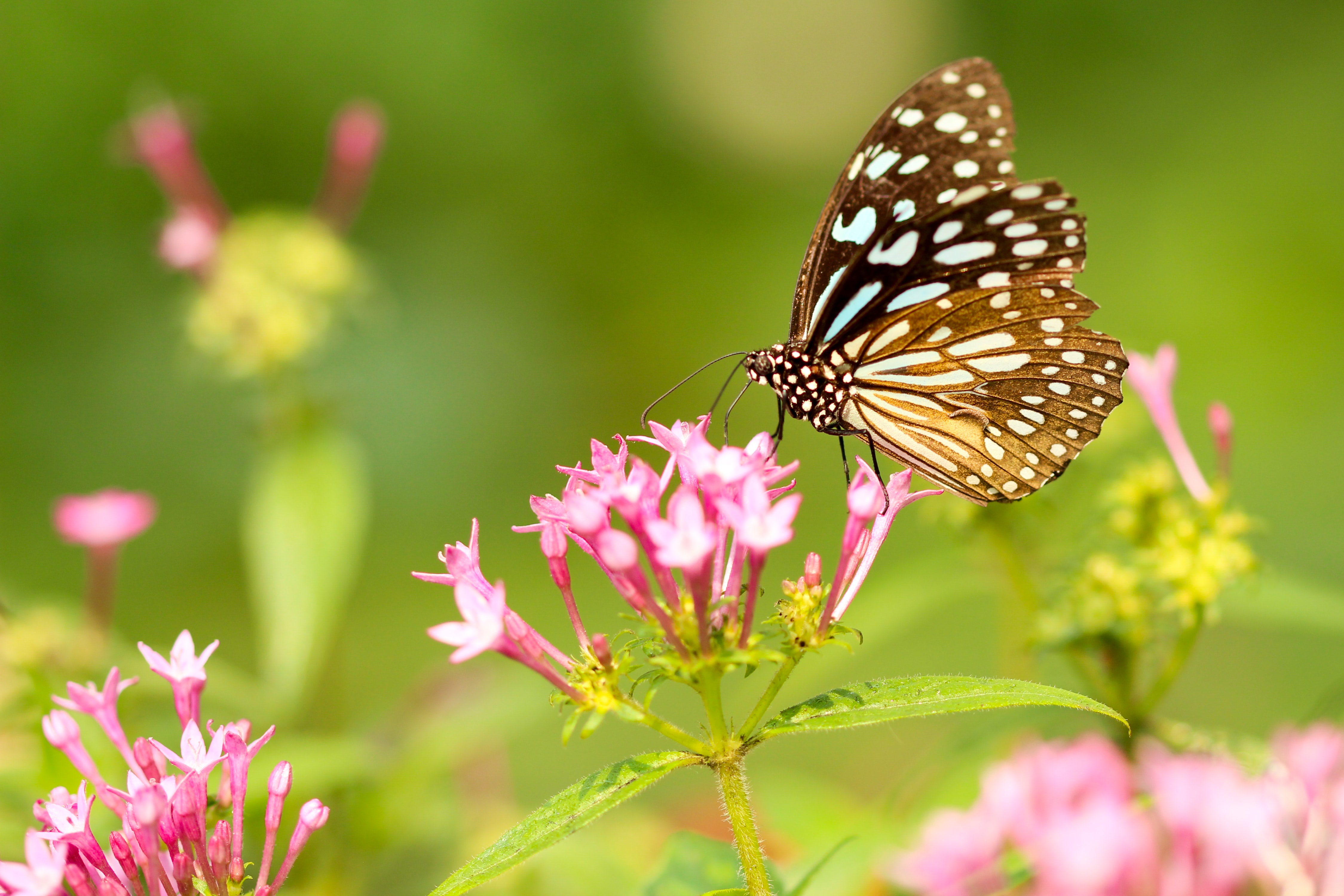 Texas Nipple Cactus is the common name of Mammillaria Prolifera, a low-growing cactus that is adorned with many yellowish-white flowers and scarlet, cylindrical fruits in spring.

Like toads, Toad Lily prefers moist, shady areas. But it is much more charming, because of the beauty of its orchid-like flowers, speckled with heavy reddish-purple spots.

Thunbergia genus that contains about 90 perennial flowering vines is largely distributed in tropical regions. One of the most famous Thunbergia species is the black-eyed Susan.

Texas Mountain Laurel (Sophora secundiflora) is slow-growing and thrives in limestone soils. Its red-orange seeds are used in jewelry, but they (and the flowers) are poisonous.

Tea Roses, which occurred in the West from China in the 19th century, are less common nowadays. While Hybrid Tea Roses, originally created by hybridizing the original Tea Roses and Hybrid Perpetual, are the most popular roses in the world.

Twinspur is the common name of Diascia, a genus of about 70 species originating from Southern Africa. Diascia flower has a pair of spurs at the back of each flower, hence the common name.

Native to Mexico and Central America, the Tithonia genus (Mexican sunflower) contains 15 flowering plants and is named for Tithonus, a Trojan prince who was the lover of Eos, the Dawn Goddess.

Tiger Lily or Lilium lancifolium, known for its showy orange flowers, speckled with dark spots, is an excellent choice for your summer garden. Be aware that it is dangerously toxic to cats.

Endemic to the cedar glades of Tennessee, Tennessee Coneflower (Echinacea tennesseensis) is less tough than and must be grown isolated from other species in the Echinacea genus.

Tagetes, popularly known as Marigold, is a genus of about 50 annual herbs in the sunflower family. Native to the Americas, most Tagetes species thrive in agro-climatic conditions.

A member of the Asteraceae family, Tartarian Aster or Aster Tataricus is a non-native perennial flowering plant and also a fundamental herb of Traditional Chinese medicine.

If your shady corners look a little dull, you may want to consider Tuberous Begonias, which bloom generously and showily in shade throughout the summer.

Tree Peony, the vernacular name for the section Moutan of the Paeonia genus, contains woody, deciduous shrubs, widely used both as ornamental or medicinal values in China.

Stems ranging in height from 28 to 40 inches, and stunning 6-petal flowers coming in numerous colors and forms make Tall Bearded Iris a great addition to your landscape.

Turtlehead is a clump-forming perennial plant that is best grown in spring or summer. The hooded flowers that resemble a turtle’s beak account for the unique name.

Originally from South Africa, Treasure Flower or Gazania rigens is a warm-weather perennial whose flowers come in a variety of hot hues on the color wheel – yellow, orange, and red.

Native to the Mediterranean region, Thyme is a perennial herb containing 50 varieties with various flavors and scents. The herb is used for culinary, medicinal, and ornamental purposes.

Tulip (Tulipa) is a genus of about 100 species of herbaceous bulbous geophytes that originate from Central Asia and Turkey. Tulip is the symbol of the Ottomans.

Transvaal Daisy, Barberton Daisy, and African Daisy are the common names of Gerbera, a genus of flowering plants originating from South Africa and are very popular.

Bidens, Corispermum, Coreopsis, and Desmodium are all referred to as Tickseeds, which are flowers with showy heads.

Is a high-climbing, aggressive woody vine prized for its showy trumpet-shaped blooms that hummingbirds enjoy. Campsis radicans, Trumpet Creeper, and Hummingbird Vine are other names of Trumpet Vine.

Toyon shrub or Heteromeles arbutifolia is a perennial shrub native plant of California and grows widely in the oak woodland and chaparral communities.

Flowers That Start With E

Flowers That Start With Q