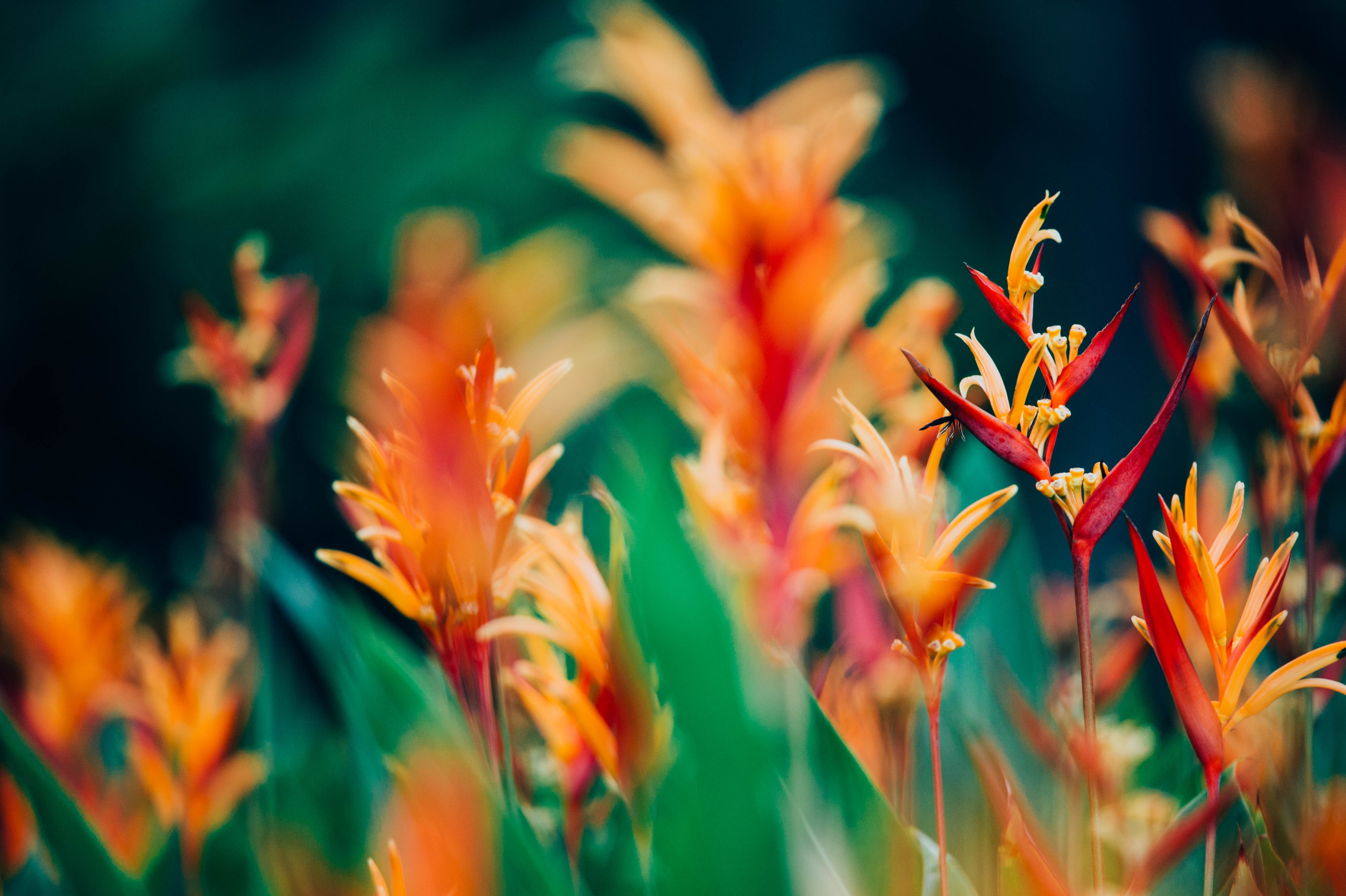 Diascia is recognised for its delicate and prolific blooms on low-mounding to sprawling plants. Its flowers come in pink, white, coral or orange and can be a good colorful option for spring containers or garden beds.

Duth Iris is well known for its orchid-like flowers with silky petals that can last for a very long time after cutting and arranging in vases, and for that reason, it is a popular flower among floral designers and gardeners.

Daylily is a strong thriving flowering plant with blooms that come in a great variety of colors. It is very easy to grow, pest-free and can survive in most conditions.

Dichondra features upright, circular leaves, similar to morning glory. It is usually less than 2 inches in height. It is perfect for groundcover, rock walls or window boxes.

Dwarf Crested Iris is a small flower with clustered and pointed leaves and 4-16 inches in height. Its flowers are recognised for its blue-violet color with a yellow or white, purple striped band in the middle.

Daffodil can be mostly found with showy yellow or white flowers featuring six petals and a trumpet-shape central corona. Gardeners usually grow them for woodland gardens, in large groves or in a border.

Dietes is well-known for its unique blooming habit, in which its showy blooms only last for just a day (sometimes two). However, it has a long period of bloom and can continue to blossom for several weeks. Its flowers come in white, with marks of yellow and blue, and are 3-in in height.

Dutchman’s breech is usually found with dense and high masses of fern-like leaves. It features heart-shaped, double-spurred, white flowers, on a naked flower stalk with great fragrance that blossom in early summer.

Dyer’s Chamomile or Golden Marguerite is a hardy perennial with a short growing circle (around and a half year). It features blue-green feathery leaves and daisy-type fragrant flowers that last a long time.

The Dutchman’s Pipe Cactus is named Queen of the Night as it only blooms during the night with huge showy fragrant white flowers (which will close up by dawn). Their leaves are almost invisible. In fact, it is its flattened stems that are usually mistaken for its leaves.

Dianella is a tropical plant that features sturdy foliage fanning out from a central clump on a stem that rises to 30-in tall. It has star-shaped flowers and golden anthers, blooming in the spring and followed by rich blueberries in mid summer.

Delosperma is easy to spot during the summer thanks to its showy magenta pink flowers. As it is very easy to take care of and can easily grow into a succulent carpet of color, delosperma is a perfect ground cover.

Though being a member of the hydrangea family, deutzia flowers look quite different from the rest, with fragrant pure white (sometimes tinged with pink) flowers featuring petals that elongate and gently droop. They can be used as ornamental during winter as their park peels back and reveals a reddish-orange color underneath around this time.

Dahlia is a flowering plant related to the sunflower, daisy, chrysanthemum, and zinnia family. It grows from small tubers and blossoms in a rainbow of colors. Its flowers can vary greatly in size, from 2-inch lollipop to 15-inch blooms on a 4-5 ft tall stem.

Desert Rose has an interesting shape that looks like a bonsai, and catches viewers’ attention with its showy, trumpet-shaped flowers in vibrant shades of pink, white, purple, and red. As a tropical plant, it doesn’t survive cold climates.

Dalmatian bellflower feature dark green leaves and purple or blue cup/bell-shape flowers that bloom from late spring into fall. It is mostly used as edging plants, or to fill in gaps between stepping tones as their new leaves can constantly replace mature ones.

Delphinium flowers are mostly found in true blue, but some hybrids can be available in pink, lavender, red, white and yellow. Its height can vary from 2-6 ft, which makes it flexible for many areas of the garden.

Dianthus is a small plant (between 6 and 18-in) with a cinnamon or clove note fragrance. Its flowers are in the shade of pink, salmon, red, white and typically bloom from May to October.

Daphne is an attractive shrub that usually forms a very nice rounded mound from small oblong, light green leaves. In May, it blooms white to light pink tubular flowers followed by drupes, which makes it a good foundation plant for shrub borders.

Daisy features bright and cheerful flowers that are mainstays of classic perennial borders and gardens. It is very easy to grow, readily identifiable and comes in a great range of species.