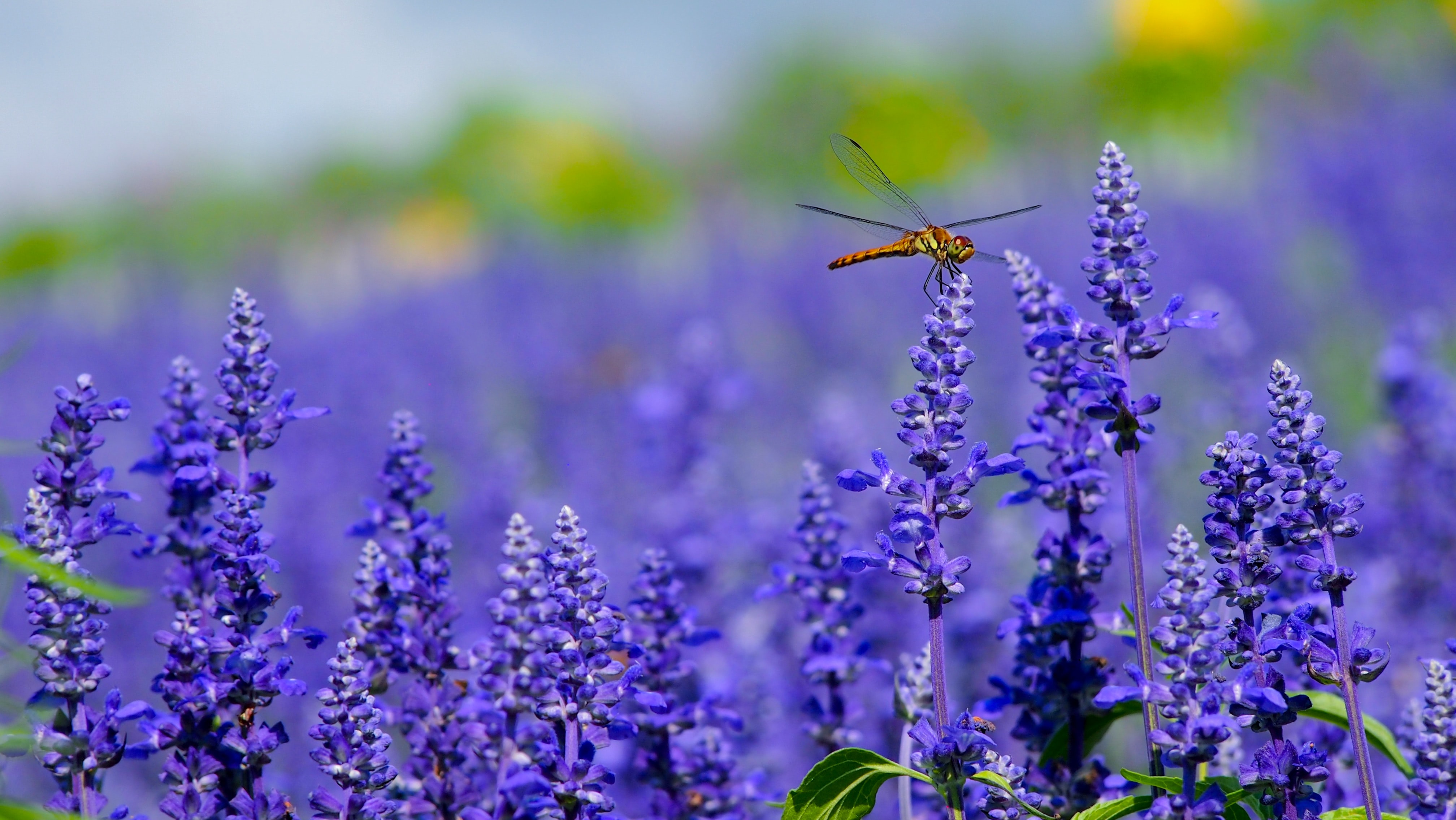 The California poppy, or Eschscholzia Californica, blossoms into bright, silky petals that can blanket large areas. It is at its peak in the early summer; however, the petals often fall to the ground upon picking.

Carmine Cob, also known as Echinopsis Backebergii, is a very popular ornamental houseplant. It is known for its pretty and mesmerizing colorful flowers together with its spiny stems. It can be cultivated in cute pots or grown to fill rock and desert gardens.

Catchfly features bright long-lived pink flowers that bloom rounded petals. In moderate climate, the plant can grow up to 12 to 18-inch (30 to 45 cm.) tall. It is named ‘catchfly’ because the white sticky sap from the stems snares small insects when they fly by.

Growing candytuft is a delicate flowering plant that blooms from early spring to summer and re-blooms in fall. Its flowers are usually white, but some can be pink or lilac.

California Flannel Bush is a large shrub that can grow from 9-20 fts. While the leaves are covered with soft fuzz, the flowers have no petals, but in fact, were five showy yellow petal-like sepals.

Coneflower can usually be found at home in a traditional garden or a wildflower meadow. It attracts butterflies, bees, and birds to the garden and is striking when planted in masses with a mix of various colors.

Calla Lily is a beautiful flower that is available in a multitude of colors, and grows from rhizomes. It is ideal for use in beds and borders, and as decorations for Easter. It blooms primarily in summer, and most gardeners grow it in pots.

Catnip (Nepeta cataria) is a perennial that is very easy to grow and can reach its mature size in a single season. It features gray-green leaves with toothed edges and bear clusters of small blooms that are white with light purple markings.

Cardinal flowers are 1-6ft. perennial that have red, showy flowers and erect leafy stems, often in clusters. Each flower features two upper petals and 3 lower ones underneath.

Canadian Goldenrod has tall, leafy, and finely hairy stems and usually produces showy displays late in the summer. The stem carries little yellow flower heads in a long and flat-topped cluster at top.

Cosmos plant features daisy-like flowers that vary in a great range of colours. It is usually found in the back of a descending summer garden or in the middle of an island garden. Cosmos is easy to plant, and can be 1 to 4 feet tall when reaching maturity.

Cotoneaster varies in size, which makes it flexible for gardeners, whether you are looking for a 6-inch ground cover or a 10-ft hedge plant. The four most popular species are Cranberry cotoneaster, Bearberry, Spreading cotoneaster, Hedge cotoneaster.

Cranesbill Geranium features beautiful purple flowers with a lush foliage which adds valuable texture to the garden. It does incredibly well in sunny weather, is very tough, pet and disease resistant.

Crocosmia is a member of the Iris family and originates from South Africa. It produces brightly colored blooms on slender stems of 2 feet in length and is an excellent cut flower for indoor arrangements.

Crocus is known as an ‘early Spring delight’ as its blooms push through the snow of the winter and show signs of a new season. Their flowers come in a variety of colors, from pink, red, orange, yellow, purple, to blues, which makes them stand out on the late-winter landscape.

As suggested by its name, Crown Imperial creates a ‘crown’ on a stalk that can grow up to 3ft in height when blooming. Its pedant shaped flowers can vary in three shades, including red, orange and yellow.

Cuckoo features a loose, elongating cluster of white flowers that are about ½ inch across. The 4 white petals gradient to a creamier/more pale yellow shade in the center.

Cyclamen is a small flowering plant with sweet scented flowers on stems that grow up above the foliage. Its flowers come in a variety of shades, from pink, purple, red to white. It is also known for its heart-shaped leaves with silver marbling. For its petite size, cyclamen is commonly grown as a houseplant.

As the name suggests, cockscomb is named after the red variety similarly colored to the cock’s comb on a rooster’s head. However, it also blooms in yellow, pink, orange, and white. Cockscomb is usually grown in garden borders to add a spike of color near ground level.

Campion is an old-fashioned favorite among gardeners to add a spike of brilliant colors in shades of magenta, bright pink and white to the flower garden. It originates from northern Africa, southern Europe and the Middle East, but has become naturalised on rocky, scrubby hillsides in many parts of the world.

Cape daisy is a tough and easy to grow flowering plant that blooms all summer and fall. It blooms beautiful creamy white flowers with black and bronze markings in the center, and is perfect for cutting.

Clematis is known as “the queen of climbers” with a vine that can grow to 20 ft. When maturing, clematis vine blooms a large blossom with 6 to 7 petals, color-ranging from white, wine red, lavender to deep purple.

Caucasian Stonecrop is a summer-loving low growing evergreen succulent. It features pink-white star shaped flowers that stand out against its light green foliage, which makes it perfect to be grown in containers and on windowsills.

Coral bells are a stunning addition to any garden thanks to the variety in its flower and foliage colors. During late spring to early summer, they bloom into tall, bell-shaped flowers ranging from white to light coral to deep red.

Columbine is a delicate yet resilient flowering plant with bell-shaped, spurred flowers, which come in a variety of colors, ranging from light pastels to yellows, oranges, reds, purples, and bi-colors.

Carolina allspice features unusual, strap-like flowers with a sweet banana strawberry fragrance. Its stem is dense, rounded and can grow up to 6-9 ft in height.

Clover is a short-lived herb that is usually planted to use as livestock feed. It features alternate compound leaves and small, fragrant flowers that come in a variety of colours, such as white, pink, red, or yellow.

Calendula officinalis or pot marigold features daisy-like yellow to orange flowers and can be grown in beds and borders. Although its flowers can be bitter tasting, they are edible and can be used to decorate dishes.

Canada violet features white flowers with yellow centers growing from upper leaves, on a leafy 8-16 in stem. Leaves are deep-green and have a distinctive heart-shaped.

Camellia is highly praised for its exquisite blooms and splendid evergreen foliage. It blooms from October through May, and is named “Queen of the winter flowers” for that reason.

Cape Primrose is a popular house plant featuring 1 to 3-in velvety flowers in various shades of purple, from violet-blue, pink, red, lavender to white. Its leaves are long, deeply veined and can be torn easily if not handled carefully.

Celosia is a genus of edible plants that is native to Africa, North America and South America. It is grown as an ornamental for its distinctive flower spikes densely packed with smaller flowers. After the flowers fade, they become small and shiny black seeds that can self-seed readily.

Carnation, also called grenadine or clove pink, is known for its pink fringe-petaled flowers with a distinctive spicy fragrance. It is used extensively in the floral industry for cut flower or arrangements.

Canary Island Daisy is an attractive and easy-care flowering plant that features sulfur-yellow daisy-like flowers that can last for weeks when used as indoor decoration. It features silver foliage that is dense when young and more open as it ages.

Chrysanthemum, also known as “mums”, is a beautiful flowering plant with each bloom made of tiny flowers called florets. It varies in sizes and is available in every color of the rainbow, from yellow to white.

The canna lily plant is an easy to grow perennial with large iris-like flowers. While the flower can be red, orange or yellow; its foliage color varies from green to maroon and bronze.